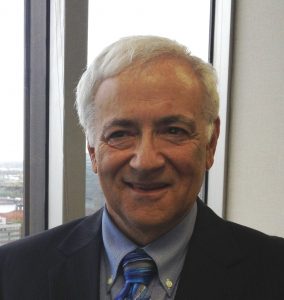 He serves as a qualified neutral for the U.S. District Court, Eastern District of Missouri. He has been an Adjunct Professor at Washington University School of Law since 2000. Mike has been selected as a Best Lawyer in America (in mediation) since 2007, a Missouri Super Attorney (in mediation) since 2000, and was voted the Best Mediator in Missouri in 2008; Best Arbitrator/Mediator in 2009 and the best Mediator in St. Louis in 2017.

Prior to entering private practice, he served as Associate General Counsel for Illinois Federal Savings & Loan. From 1973-1997, Mike engaged in the general practice of law in St. Louis, Missouri. Mike is licensed to practice law in Missouri and Illinois.

Mike has been a presenter, trainer and attendee to over 100 seminars and mediation trainings since 1986. This includes programs sponsored by Pepperdine University School of Law, the International Academy of Mediators, Washington University School of Law, The Missouri Bar, Bar Association of Metropolitan St. Louis, as well as USA&M, the American College of E-Neutrals and the United States District Court for the Eastern District of Missouri. Additional speaking engagements include: