As current and former judges, mediators, and university counsel, our team members  have the ability to objectively evaluate evidence, maintain control in a live hearing and informal resolution proceedings, and leverage decades of experience to understand an involved party’s participation in the Title IX grievance process.

They have also received the required training outlined in the Title IX regulations and understand the intricacies of Title IX grievance procedures as well as the impact of trauma on involved parties.

The appropriate decision-maker or informal resolution facilitator will be assigned to your campus on a case-by-case basis. 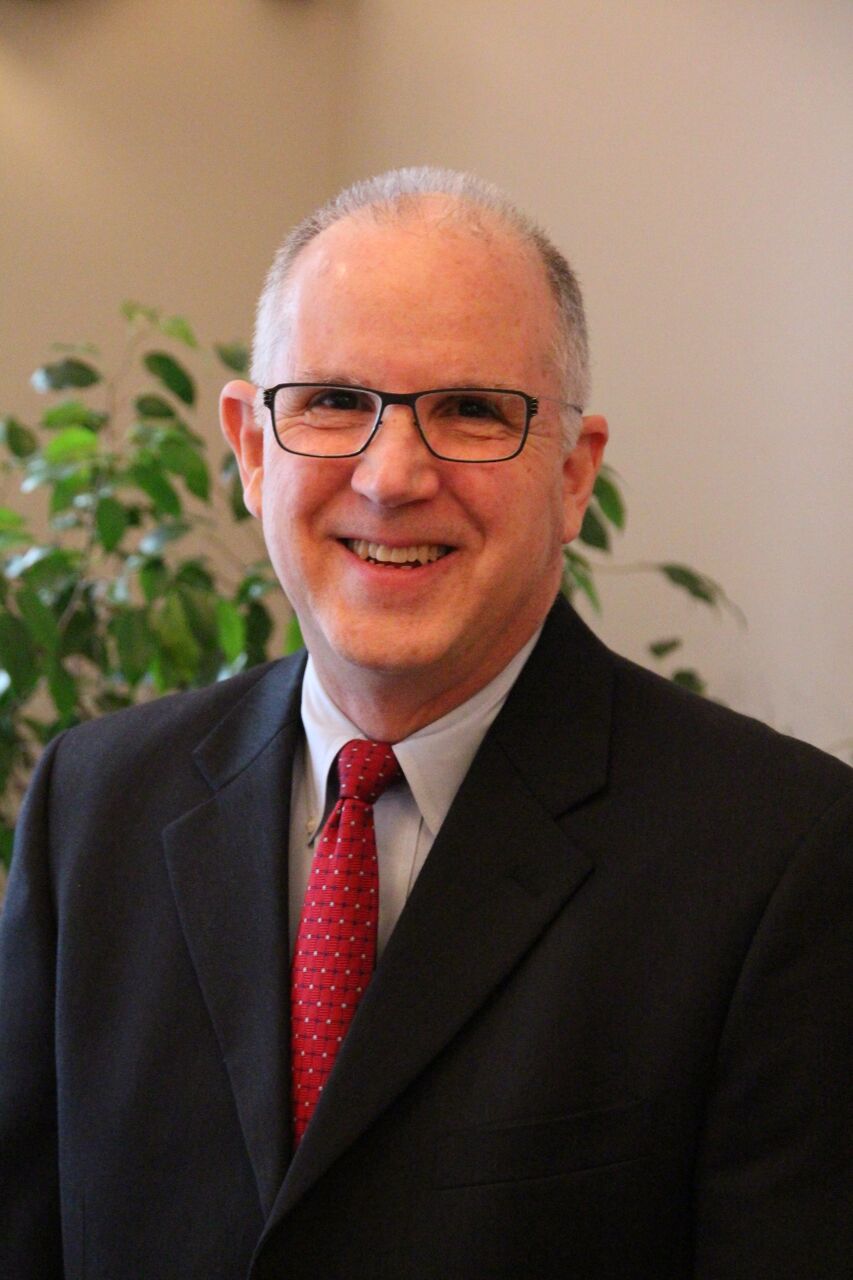 Ken Chackes has extensive experience as a Mediator and as a Hearing Officer. Ken served as a mediator in over 175 cases over the last 20 years, primarily in the areas of education, employment and civil rights. He has also served as a Hearing Officer in numerous contested education cases, involving students in elementary and secondary schools. Ken is a Qualified Mediator and a Hearing Officer for the Missouri Department of Elementary and Secondary Education. He is also a Mediator for the U.S. Equal Employment Opportunity Commission; the U.S. District Court, Eastern District of Missouri; and the Circuit Courts for the City and County of St. Louis. 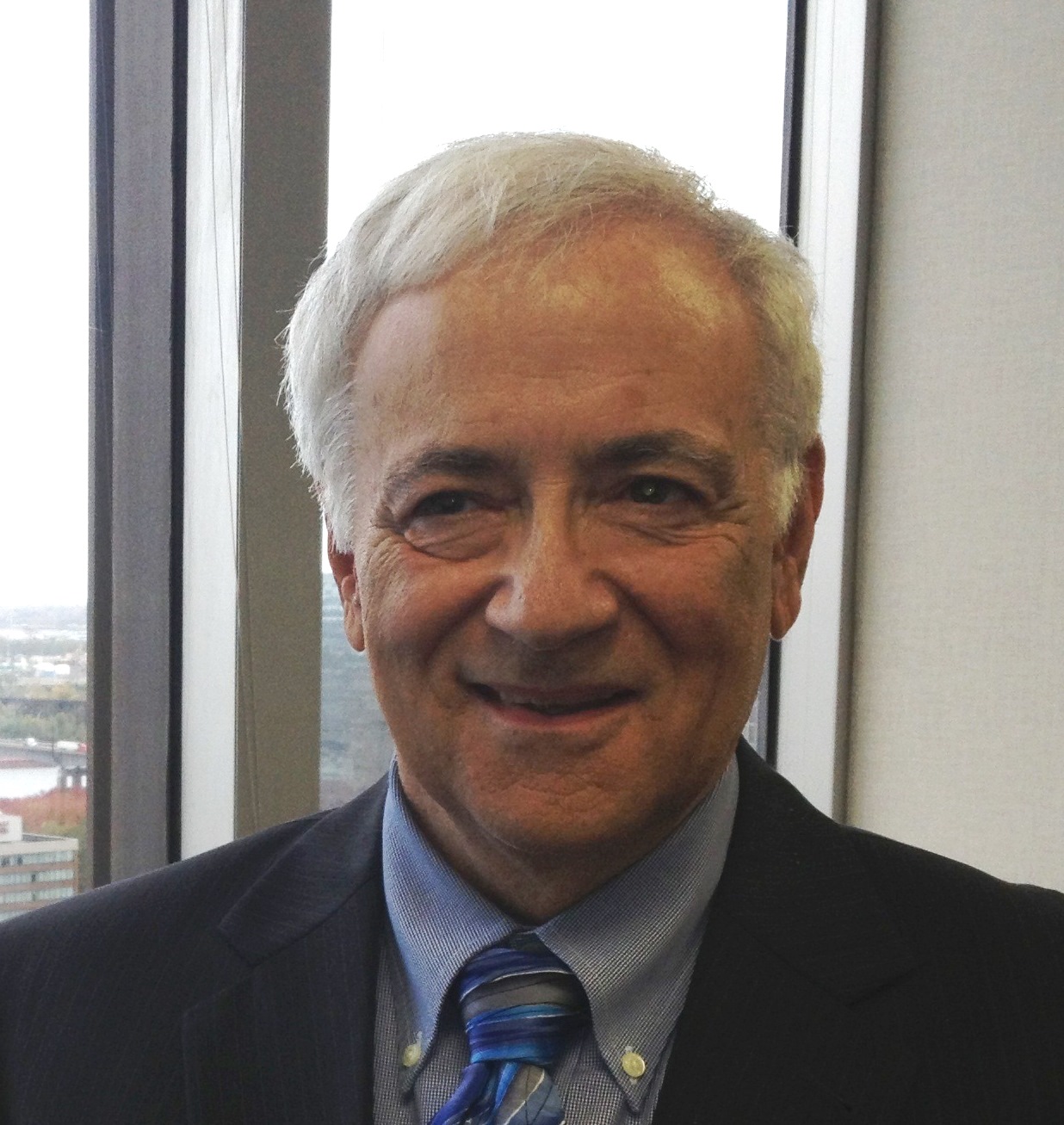 He serves as a qualified neutral for the U.S. District Court, Eastern District of Missouri. He has been an Adjunct Professor at Washington University School of Law since 2000. Mike has been selected as a Best Lawyer in America (in mediation) since 2007 and a Missouri Super Attorney (in mediation) since 2000 and voted the Best Mediator in Missouri in 2008; Best Arbitrator/Mediator in 2009 and the best Mediator in St. Louis in 2017.

Prior to entering private practice, he served as Associate General Counsel for Illini Federal Savings & Loan.  From 1973-1997, Mike engaged in the general practice of law in St. Louis, Missouri. Mike is licensed to practice law in Missouri and Illinois.

Education:  Presenter, trainer and attendee in over a hundred seminars and mediation trainings since 1986. This includes programs sponsored by Pepperdine University School of Law, the International Academy of Mediators, Washington University School of Law, The Missouri Bar, Bar Association of Metropolitan St. Louis, as well as USA&M, the American College of E-Neutrals and the United States District Court for the Eastern District of Missouri. University of Oklahoma, JD 1971; University of Wisconsin, BA 1968 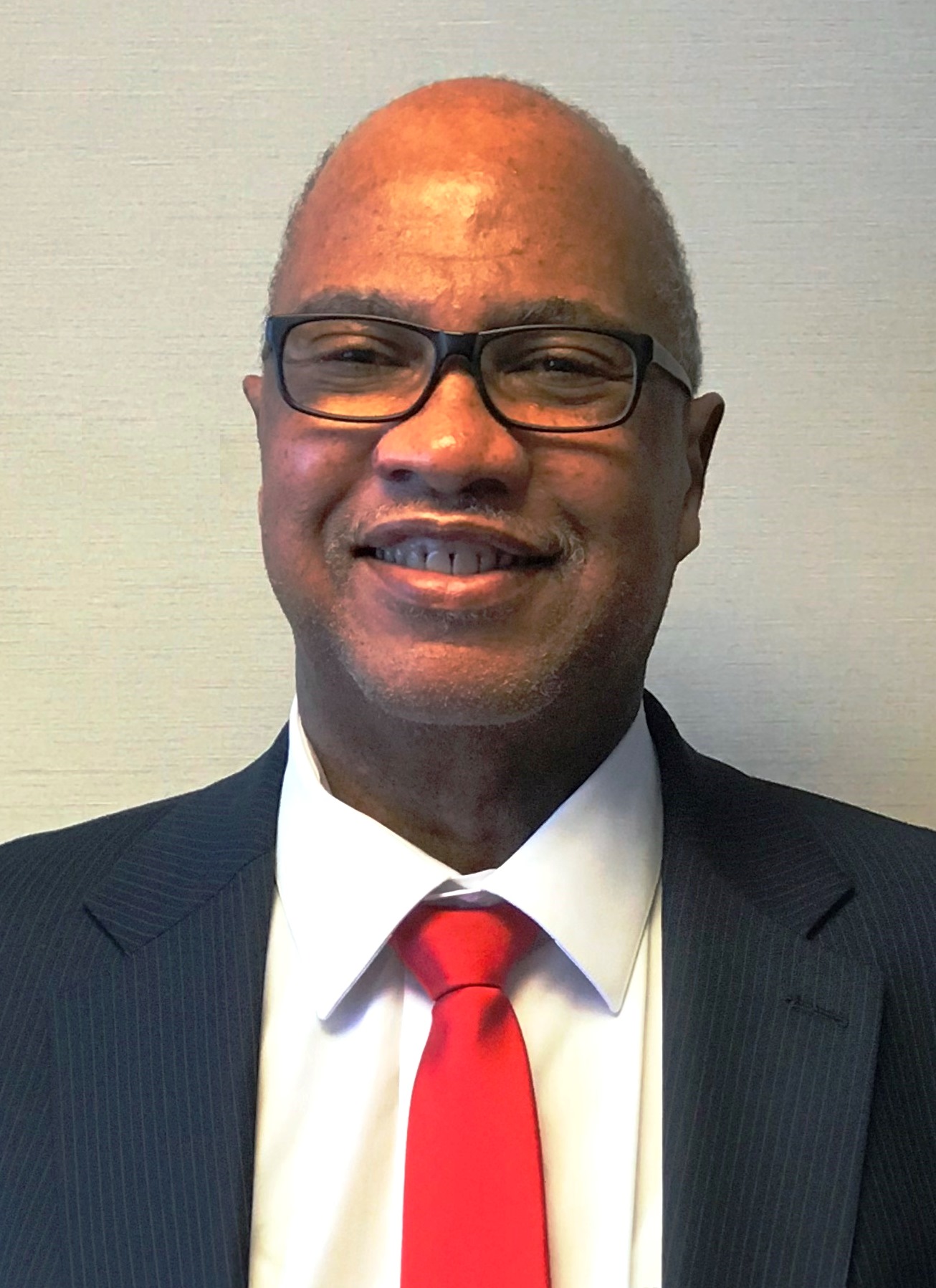 Michael T. Jamison retired as a Circuit Judge for the State of Missouri in December 2019 after twenty-two years on the bench. He is a mediator with United States Arbitration & Mediation. Mr. Jamison is an Adjunct Professor for St. Louis Community College. He has taught Business Law, Employment Law, Contracts and Administrative Law, as well as Economics.

Mr. Jamison previously engaged in the corporate practice of law as an Associate General Counsel in the Labor Law Section of the Legal Department of Anheuser-Busch Companies from 1994 to 1997.

Mr. Jamison was employed as a Field Attorney, Trial Specialist with the National Labor Relations Board from 1976-1992, where he handled numerous unfair labor practice investigations and litigation.

Mr. Jamison was a senior associate with the Law Firm of Lashly & Baer, P.C. for two years after leaving the federal government. His practice consisted of labor and employment law, governmental law, and education law on behalf of the St. Louis Public Schools. 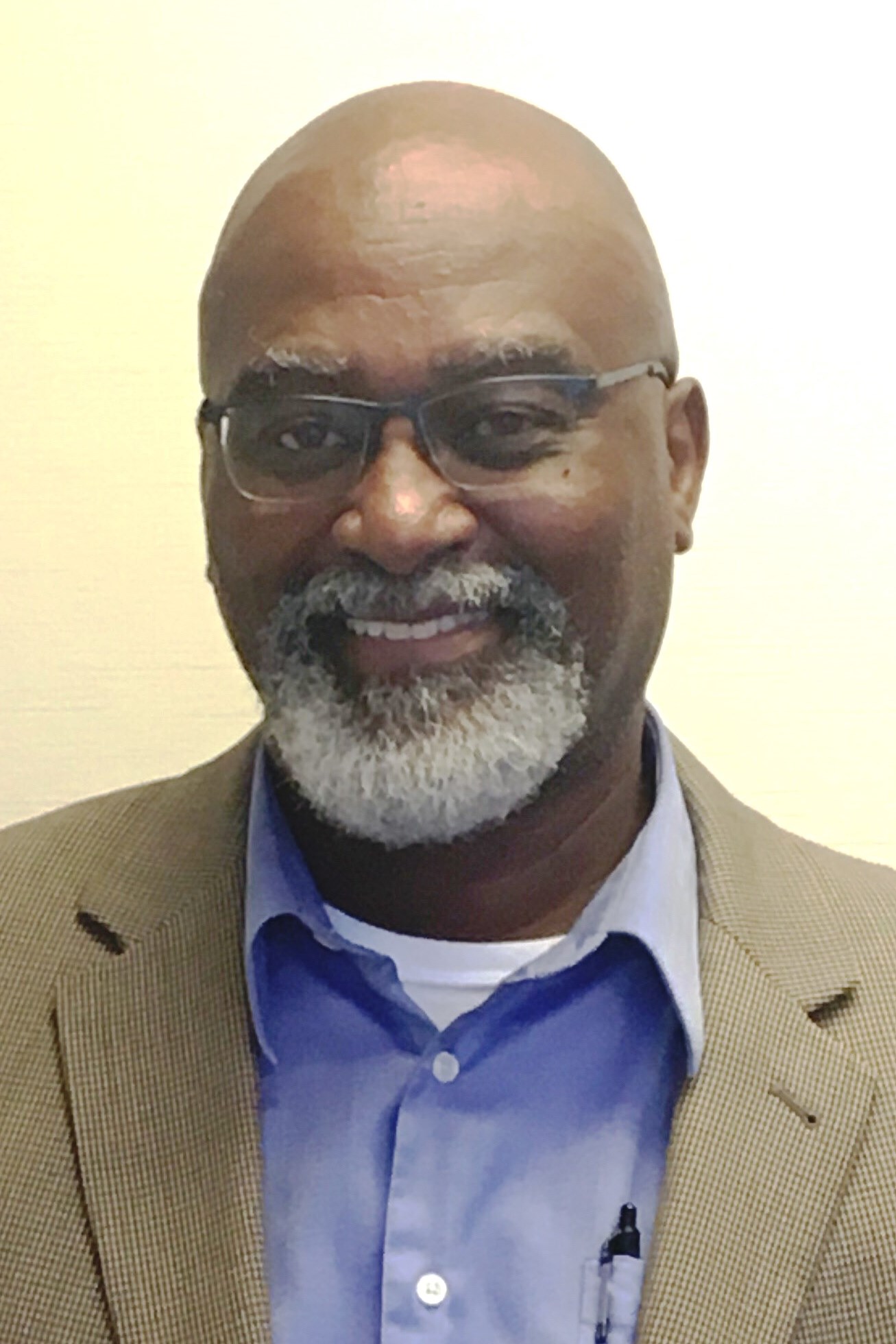 Mr. Kennedy has been admitted to practice law in Missouri and Illinois since 1993. He has practiced in the areas of employment discrimination, bankruptcy/creditors’ rights and criminal defense. Mr. Kennedy has represented both employers and employees in employment discrimination cases. For fourteen (14) years, he worked as a Senior Trial Attorney for the U.S. Equal Employment Opportunity Commission (EEOC). As a mediator, Mr. Kennedy has mediated employment disputes throughout Missouri, Kansas, Illinois, Oklahoma and Nebraska. Mr. Kennedy is certified to mediate lawsuits filed in the United States District Court for the Eastern District of Missouri and qualified under Missouri Supreme Court Rule 17 as a mediator for the Circuit Courts for the Twenty-First and Twenty-Second Judicial Circuits in Missouri. 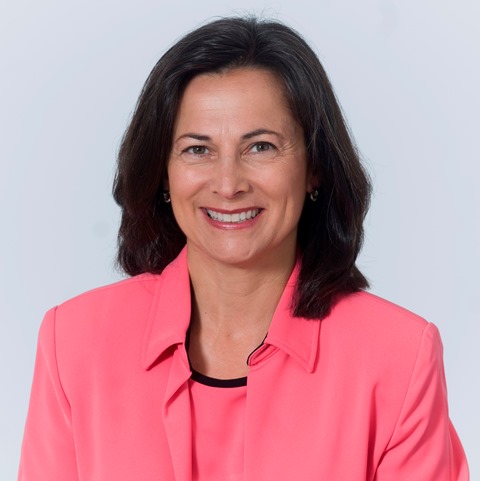 Kim Kirn is a full-time mediator and arbitrator with hundreds of completed cases relating to education including special education, American with Disabilities Act, housing, affirmative action, tenure, sexual harassment and employment.  Kim frequently acts as a Fact-Finder for the Illinois State Universities Civil Service System and previously served as a Hearing Board Member for the  Illinois Attorney Registration and Disciplinary Commission (ARDC)  Her work with the Civil Service System requires that she act as a mediator to see if resolution is possible before beginning the hearing.  This unique experience in conducting mediation-arbitrations, sometimes referred to as Med-Arb can be cost effective and very attractive to the parties looking to resolve disputes in one day or less.

She mediates disputes through the Missouri Department of Elementary and Secondary Education (DESE); and the Illinois State Board of Education as well as United States Arbitration & Mediation (USA&M); the Equal Employment Opportunity Commission (EEOC); the Greater Gateway Association of Realtors (GGAR); the Realtor Association of Southwestern Illinois;  She arbitrates cases through the American Arbitration Association (AAA); USA&M and the Financial Industries Regulatory Authority (FINRA).  Her web site is www.kimlkirnlaw.com and her “Mediation Under the Arch” blog addresses the serious, and not-so serious, side of ADR at https://kirnmediation.blogspot.com.

Prior to joining USA&M, Kim served as legal counsel for Southern Illinois University Edwardsville (SIUE) and the Illinois State Comptroller.  She was the recipient of the Kimmel Leadership Award while working at SIUE.  Additionally, she has taught college level Business Law and Ethics courses. Earlier in her career, Kim practiced law with Lord, Bissell and Brook in Chicago.

She has written numerous legal articles on education, sexual harassment, privacy in the workplace, published in the St. Louis Lawyer, Illinois Bar Journal, GGAR Outlook publication and American Jurisprudence Proof of Fact.  In addition, she has taught many continuing legal education classes for the Association of Attorney Mediators (AAM) nationally and locally, Fastcase webinars, the St. Louis, Missouri and Madison County bar associations and USA&M.

Kim is an honors graduate of University of Missouri-Columbia and Notre Dame Law School; she and her husband, David George, have two adult sons and a dog, all of whom are frequent targets of her mediation skills. She served two terms as a publicly elected Glen Carbon Library Trustee. 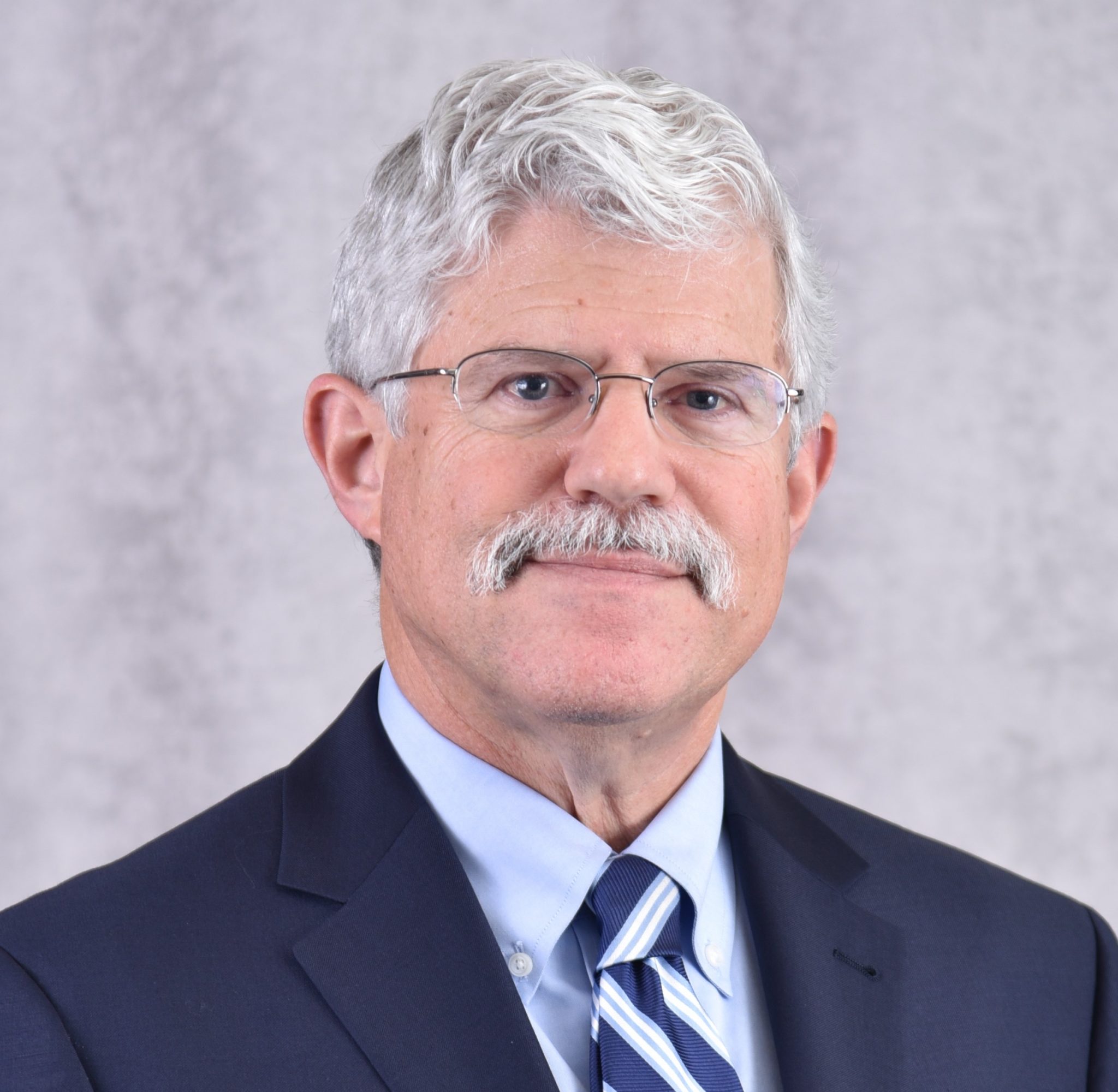 Rob has been an adjunct Professor of Law at Washington University since 2005 teaching arbitration and mediation courses and has authored publications in numerous periodicals, including the Missouri Bar Journal, the St. Louis Bar Journal, the Missouri Business Law Quarterly, and the Missouri Bar “Litigation Settlements” deskbook ADR chapter.  He has served as faculty for numerous ADR training programs and seminars, including the Practicing Law Institute (New York, NY), the Bar Association of Metropolitan St. Louis, Washington University, The Missouri Bar, University of Missouri-Kansas City, and ADR Super Conferences (Washington D.C. and New York, NY).  He is admitted to the Missouri Bar (1981); U.S. District Court Eastern District of Missouri (1981); 8th Circuit Court of Appeals (1981); and 11th Circuit Court of Appeals (1989). 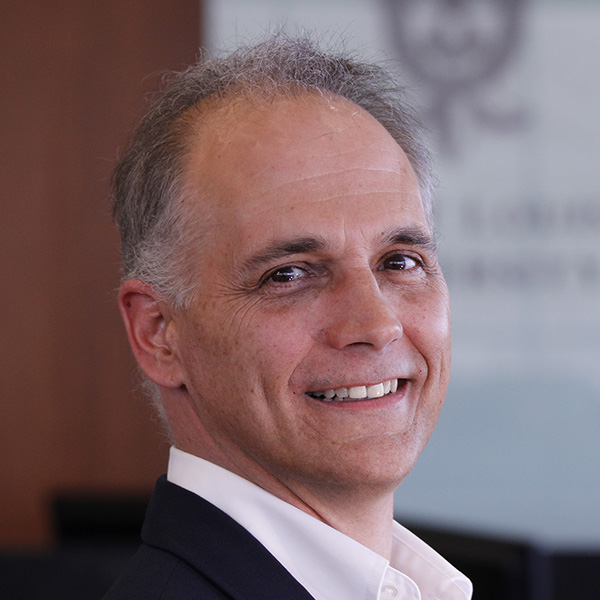 Jim Reeves has been a mediator for almost 30 years.  He mediates business and legal disputes involving employment and workplace, general tort liability, medical malpractice, products liability , condemnation, family business issues, partnership disputes, and general business and commercial disputes. Jim also has expertise convening multi-party processes to resolve legal, organizational, community, and public policy disputes.  Jim was a litigation attorney for over 20 years and has operated his own firm providing mediation, facilitation, and conflict management services to individuals, businesses, and not-for-profit organizations.  He has also held executive management positions in corporate and small business environments.  He is a Lecturer in Law at Washington University in St. Louis where he teaches several ADR courses, including Mediation Theory & Practice, and Multi-Party and Public Policy Dispute Resolution.  He was also an adjunct professor of law at St. Louis University where he taught Civil Practice and Negotiation.

Jim has served on the mediation panels of United States Arbitration & Mediation, the Equal Employment Opportunity Commission, the United States Veterans Administration, the National Archives and Records Administration, the Missouri Department of Elementary and Secondary Education, St. Louis Volunteer Lawyers and Accountants for the Arts, and various federal and state courts.  He is also a volunteer facilitator in the Victim-Offender Dialogue Program in the St. Louis County (Missouri) Family Court, Juvenile Division.  He is a member of the Missouri Bar ADR Committee former Chair; Bar Association of Metropolitan St. Louis ADR Committee former Chair; Association of Missouri Mediators former President, Human Resource Management Association, and the St. Louis Organization Development Network. He is licensed to practice law in Missouri, Illinois, and Colorado.

Education: Jim received his LL.M. (Master of Laws) degree from the University of Missouri-Columbia in 2004, where he focused on conflict resolution and organizational leadership and change, his J.D. from St. Louis University in 1984, and his B.S. from the University of Central Missouri in 1980. Jim received training in mediation from CDR Associates in Boulder, CO in 1991 and returned to CDR Associates for training in conflict management systems design in 1995.  He has also received advanced mediation training from United States Arbitration & Mediation in 1996, 2001, 2002, 2004, and 2005.

Judge Patricia Riehl is a retired Missouri Circuit Judge from the 23rd Judicial Circuit, Hillsboro, Mo.  She has held the positions of municipal judge, commissioner, associate circuit judge and circuit judge during her career.  She is most noted for her work in restorative justice having implemented and managed five different problem solving courts during her tenure on the bench.  She has previously served as a hearing officer for local municipalities regarding personnel disputes and was appointed a disciplinary hearing officer for the Missouri Supreme Court.  She is currently working as a mediator and arbitrator for USA&M. 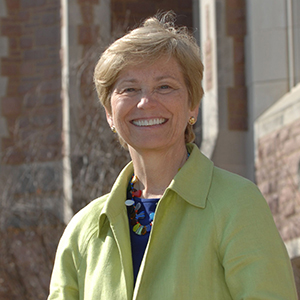 Professor of law at the Washington University School of Law since 1987, Karen Tokarz is an internationally recognized expert in mediation, dispute resolution, civil rights, and clinical legal education. In 2008, she was named the inaugural Charles Nagel Professor of Public Interest Law & Policy at the law school.

Director of the law school’s Negotiation & Dispute Resolution Program, Professor Tokarz has been named to Best Lawyers in America in the field of Mediation every year since 2010. In fall 2019, she was inducted as a Distinguished Fellow in the International Academy of Mediators. She currently serves as director of the law school’s Civil Rights & Mediation Clinic, and founder and president of the St. Louis Mediation Project, which provides free mediation services in the courts and the community. She has mediated over 700 cases, including over 30 Title IX cases, over the past 25 years.

Professor Tokarz served on the Ferguson Commission Municipal Courts & Governance Working Group and currently serves on the Missouri Supreme Court Commission on Racial & Ethnic Fairness. She is a member of the Advisory Committee for the National Center for State Courts National Task Force on Fines, Fees, and Bail Practices.

Education: A 1970 graduate of Webster University in St. Louis with a major in social and behavioral science, Professor Tokarz received her Juris Doctor degree from Saint Louis University in 1976 and a graduate law degree from the University of California, Berkeley in 1985.

We collaborate with your Title IX coordinator to ensure prompt, thorough, and impartial Title IX investigations. It’s a two-phase approach.